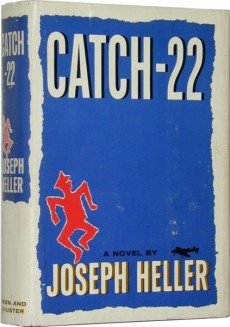 From James Altucher on Quora:

Joseph Heller wrote the massive bestseller, Catch-22 about World War II. I recommend anyone read the book but that’s not what this answer is about.

Later in his life Heller went to a party in the Hamptons. Mostly young hedge fund guys at the party.

While he was at the party, someone came up to him and pointed out some 25 year old guy. “You see that guy over there?” the someone said. “That guy made more money last year than all of your books will make in your entire lifetime, times ten.”

Joseph Heller looked at the 25 year old guy then said. “But I have one thing that that man will never have.”

I’m trying to burn through my stack of library books and wanted to recommend one of my latest reads called Often Wrong, Never in Doubt: Unleash the Business Rebel Within by Donny Deutsch.  Every time I go to the library I always bee-line to the Computer Science section first, quickly followed by Business (just like my pursuit of education, both in those fields).  I don’t think there are a lot of new concepts in the book but the inside and back cover do a great job summarizing the key areas which I’ve included below.

It’s not a question. It is a philosophy to live by. It’s Donny Deutsch’s motto. And it is the secret possessed by every person with the right stuff—the one-in-a-hundred who gets to the top of their team, their company, their business, their industry.

If there is an assignment or a promotion up for grabs, a client or account looking for new answers, do you know how to go for it? Donny Deutsch built a billion-dollar media business asking himself the basic question, “Why Not Me?” Once the reader asks—and answers—that question, a world of opportunity opens up. It is a tool to motivate people, build a business, and create a business culture.

Often Wrong, Never in Doubt is an inspirational book from one of America’s most colorful and exciting entrepreneurs. It’s Donny’s story. In a fun conversation with the reader, Donny lays out the core principles that propelled him to create tremendous wealth, build a huge and influential business, and become a national personality. Using inside stories of the media, the advertising industry, and a youth spent growing up on the streets of New York, Donny gives the commonsense bottom line that he has learned along the way, broken down into real, relevant, and inspiring lessons that will be useful to everyone from the front-line salesperson to the middle manager to the successful corporate executive. (It’s also a useful guide for dating.)

SUCCESS: The key to success is not purely who’s the smartest, who’s the best, but also who can say with conviction, “I deserve it.”  The entire concept is wrapped up in one phrase: Why not me?  You can’t just say it, you’ve got to own it.

BEING A LEADER: The equation for successful advancement is entitlement plus self-branding.

FIRING: A good firing can be one of the most motivational, uplifting tools around.  The weakest link is eliminated, quality work is rewarded, and the survivors feel better about themselves.  It’s a perp walk and sometimes you just need to do it.

MANAGING PEOPLE: To run a good crew you need to put your ego aside for a moment and concentrate on a person other than yourself.  If your people feel their win means something to you – that you get actual joy from it – they will walk through fire for you.

THE IMPORTANCE OF BEING IN SHAPE:  It’s nice to know that you can kick the ass of anyone at the table.  What more do you need to know?  That image of yourself extends to all areas of your professional and personal life.  Physical well-being says you are disciplined, you are a winner.

HIS PERSONALITY: It’s a constant.  Throughout my life I’ve always had people who don’t know me say, from a distance, “I don’t really like that guy.”  How do I know?  Because sooner or later they meet me and tell me.  I’d be more concerned if the people who did know me though I was a schmuck.

Stefan Sagmeister, one of my favorite designers inspired me a while back to start writing down ‘things I’ve learned in my life so far’ after I saw the video he did for his book.

Almost every day since I started about 6 months ago I’ve added at least a paragraph of tips.  You start to see some very interesting trends over time and some day I hope to share my learnings with you in one form or another. You hopefully also start to learn something about yourself. I’m writing this in hope you write down your life lessons, it is fascinating what you find. 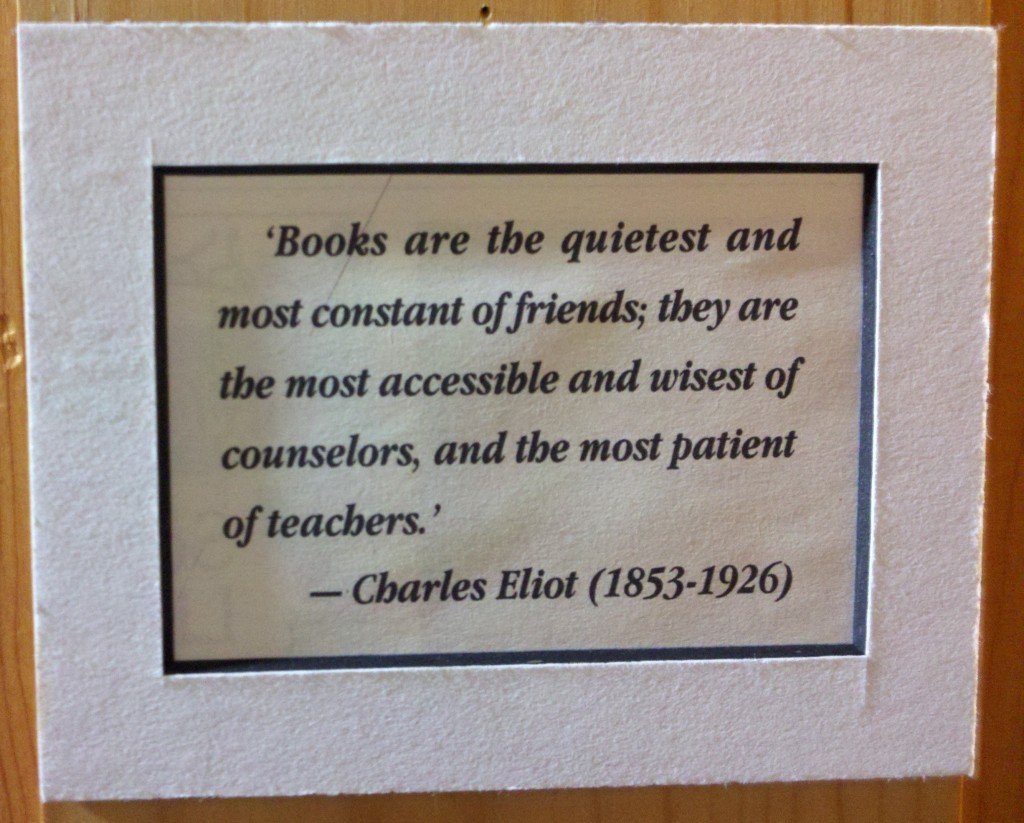 I saw this hanging in a book store in Seaside, OR a few months ago.

I don’t know how I stumbled on this poem but I loved it. Not necessarily because it relates to me, it doesn’t. Not at all. I think I can’t stop reading and listening to it because I love honesty. I love brutal, real, raw honesty. For that reason this poem is simply amazing to me.

There’s a bluebird in my heart that wants to get out, but I’m too tough for him. I say, stay down, do you want to mess me up? You want to screw up the works? You want to blow my book sales in Europe?

There’s a bluebird in my heart that wants to get out, but I’m too clever. I only let him out at night sometimes when everybody’s asleep. I say, I know that you’re there, so don’t be sad. Then I put him back, but he’s singing a little in there. I haven’t quite let him die and we sleep together like that with our secret pact and it’s nice enough to make a man weep.