I’m not a doctor, but I play one on the Internet.  I think we all do these days though don’t we?  We Google our symptoms and we find out we either have cancer and need to get to a doctor right away because we have a year to live, or we just need a Tylenol.  Someone will tell me their symptoms and I will come back after 2 minutes and tell them what my diagnosis is for them.  I went to a doctor here in the Bay Area a few years ago at a local clinic, but before I did I made sure to Google and Yelp for reviews.  I ended up picking a doctor that has been practicing for over 30 years who received insanely good reviews.  He only practiced medicine when I last saw him two days a week.  When he came into the examination room the first thing he said to me is “OK so what in the world are you doing here?”  “You are too young to be in here.”  I told him my ailments and then proceeded to tell him my diagnosis.  He laughed a bit at me and said something like “well now, you’re quite the scientist type aren’t you?”  He then said “without even looking at you, I think you’re right”.  I then told him about all the reviews I read online and he said “you really do your homework don’t you?  Did the reviews tell you I used to be the personal doctor for The Who?”  I said “no” and I’m sure he could tell I was thinking he was a rockstar at this point.  He then sat down and asked if he minded if he drink a 5 Hour Energy and then pounded it right in front of me.  I asked “aren’t those bad for you?”  He then said “what, caffeine?”  “Eh, all in moderation and look at me, I’ve made it this long.”  He then subscribed me an insanely strong dose of antibiotics and said “this will get you all better and we won’t be seeing each other after this”.  He was right.

That experience is one of the few positive experiences I’ve had in my life with a doctor.  With all of the theories of what is good and bad for us, I have learned to take it all in stride and try to use some common sense.  I know Doctor Oz has been recently getting some controversy for doing more harm than good in trying to dramatize health to the public, but in most episodes I like what he has to say.  He also puts it in terms the public can understand.  True intelligence is explaining complicated topics in simplistic ways that anyone can understand.  At least in my opinion.  About a month ago I was watching the episode below where he featured Dr. Soram Khalsa.  I think Doctor Oz even had “controversial” in the title of the episode which sparked my interest.  Dr. Khalsa is a big advocate of vitamin D and after watching the segment I have been taking his recommended levels of supplements.  Not only have I not gotten sick when everyone around me is getting the flu, colds, and feeling run down but I am feeling especially great.  I have been running and eating better as well, so that can’t and doesn’t hurt either.  I’ve been drinking detox tea every night as well.  I am the only one in the office who hasn’t been sick with everything going around, my son and wife are sick as we speak, and I’m doing great (knocking on wood).  A mixture of western and alternative medicine seems to make a lot of sense to me.  At the end of the day, do what your body tells you to do.  If you click the images below it will take you to each episode from the Dr. Oz site (the third is the best). 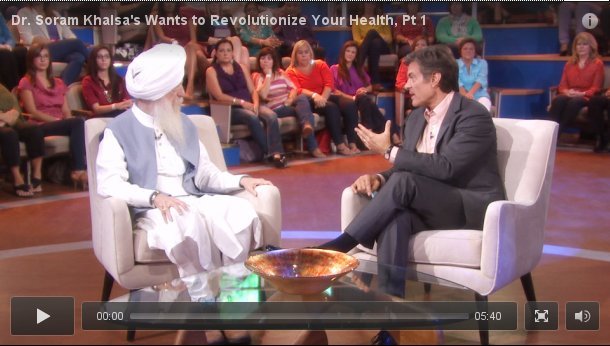 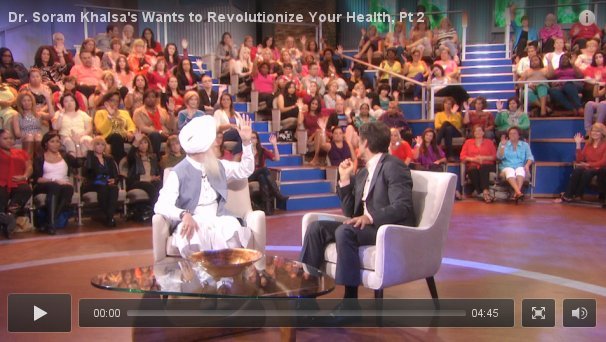 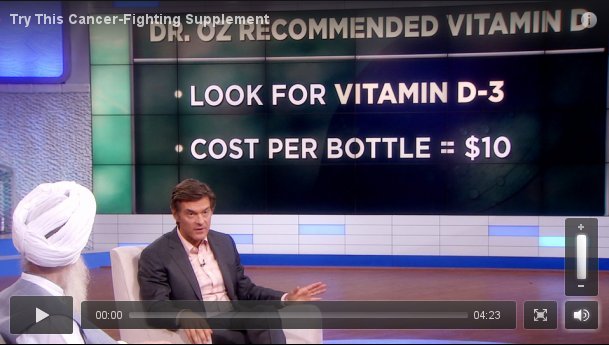