Here is an email I received  earlier in the week.  You know I am a sucker for animal stories so here is one that is perfect for Mother’s Day.  All moms need a helping hand…

A True Duck Story from San Antonio , Texas
Something really cute happened in downtown San Antonio this week. Michael R. is an accounting clerk at Frost Bank and works there in a second story office.  Several weeks ago, he watched a mother duck choose the concrete awning outside his window as the unlikely place to build a nest above the sidewalk. The mallard laid ten eggs in a nest in the corner of the planter that is perched over 10 feet in the air. She dutifully kept the eggs warm for weeks, and Monday afternoon all of her ten ducklings hatched. 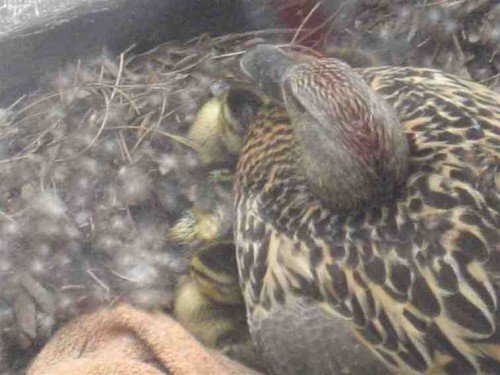 Michael worried all night how the momma duck was going to get those babies safely off their perch in a busy, downtown, urban environment to take to water, which typically happens in the first 48 hours of a duck hatching.  Tuesday morning, Michael watched the mother duck encourage her babies to the edge of the perch with the intent to show them how to jump off.  Office work came to a standstill as everyone gathered to watch. 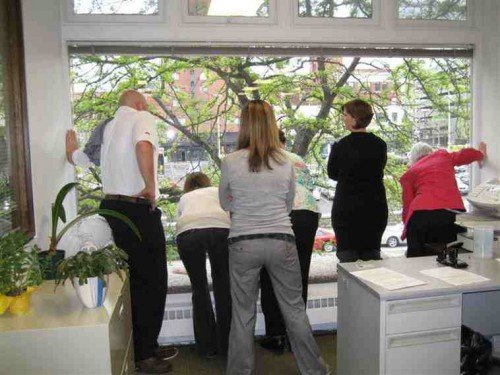 The mother flew down below and started quacking to her babies above. In disbelief Michael watched as the first fuzzy newborn trustingly toddled to the edge and astonishingly leapt into thin air, crashing onto the cement below. Michael couldn’t stand to watch this risky effort nine more times!  He dashed out of his office and ran down the stairs to the sidewalk where the first obedient duckling, near its mother, was resting in a stupor after the near-fatal fall.  Michael stood out of sight under the awning-planter, ready to help. 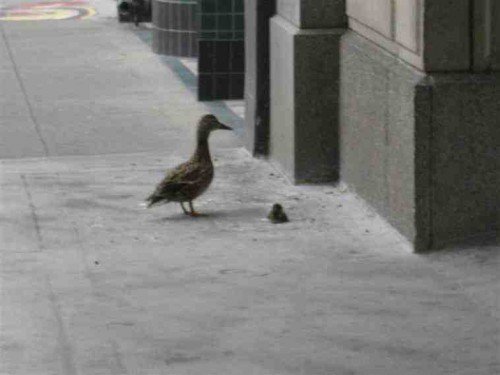 As the second one took the plunge, Michael jumped forward and caught it with his bare hands before it hit the concrete. Safe and sound, he set it down it by its momma and the other stunned sibling, still recovering from that painful leap.  (The momma must have sensed that Michael was trying to help her babies.)

One by one the babies continued to jump.. Each time Michael hid under the awning just to reach out in the nick of time as the duckling made its free fall.  At the scene the busy downtown sidewalk traffic came to a standstill.  Time after time, Michael was able to catch the remaining eight and set them by their approving mother. 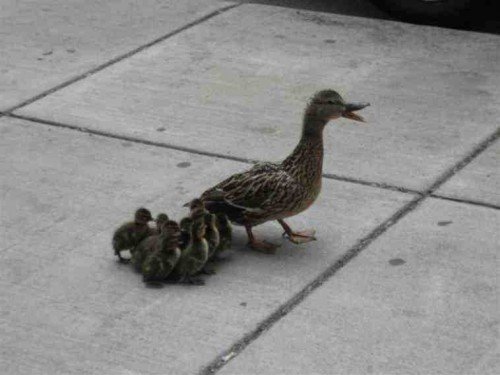 At this point Michael realized the duck family had only made part of its dangerous journey. They had two full blocks to walk across traffic, crosswalks, curbs and past pedestrians to get to the closest open water, the San Antonio River , site of the famed “River Walk.”  The onlooking office secretaries and several  San Antonio police officers joined in.  An empty copy-paper box was brought to collect the babies. They carefully corralled them, with the mother’s approval, and loaded them in the container.. Michael held the box low enough for the mom to see her brood. He then slowly navigated through the downtown streets toward the San Antonio River . The mother waddled behind and kept her babies in sight, all the way. 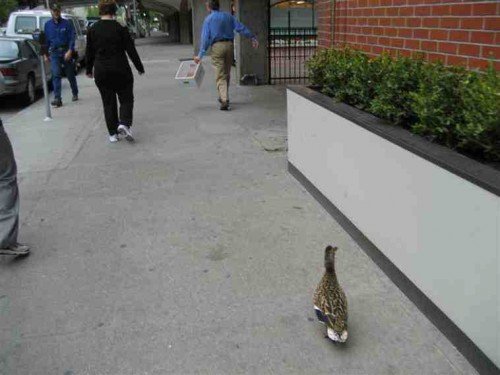 As they reached the river, the mother took over and passed him, jumping in the river and quacking loudly. At the water’s edge, Michael tipped the box and helped shepherd the babies toward the water and to the waiting mother after their adventurous ride. 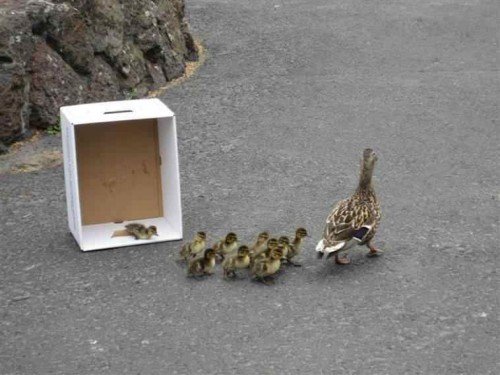 All ten darling ducklings safely made it into the water and paddled up snugly to momma. Michael said the mom swam in circles, looking back toward the beaming bank bookkeeper, and proudly quacking. 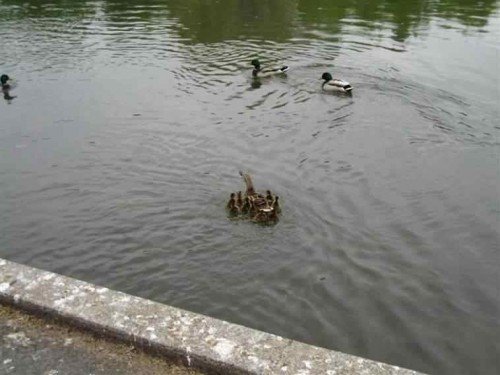 At last, all present and accounted for: “We’re all together again.  We’re here!  We’re here!” 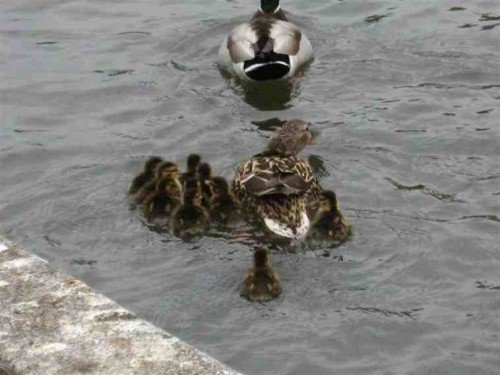 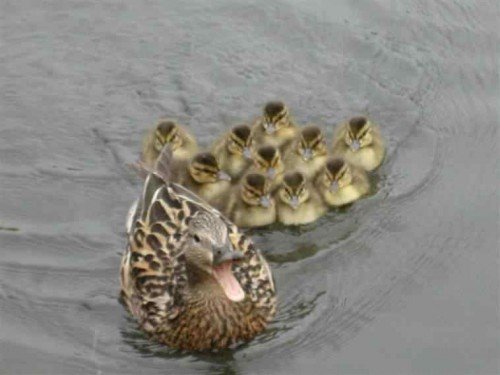 Like all of us in the big times of our life, they never could have made it alone without lots of helping hands.  I think it gives the name of San Antonio ‘s famous “River Walk” a whole new meaning!  Maybe you will want to share this story with others.  It’s too good to lose!  Live honestly, Love generously, Care deeply, Speak kindly & Leave the rest to God.

One thought on “Momma Duck Story (Perfect for Mother’s Day)”