We went for a walk today and this dog was in the street in front of a home.  We knocked on the door but nobody answered so we dognapped him so he wouldn’t get hit by a car.  I’ve always wanted a pet (or son) named Tank (after my favorite UFC fighter Tank Abbott) so this little dog would have been named Tank if we would have been able to keep it.    Unfortunately the owners of the dog later called us and he was safely returned back to the owners.  :) 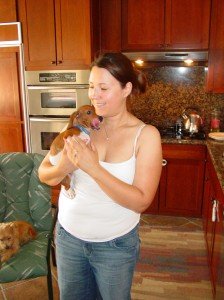 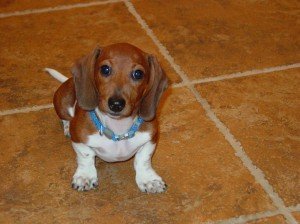