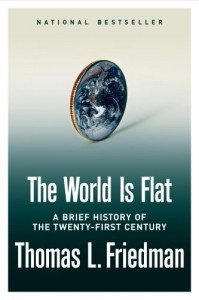 I am hearing some good things about Friendman’s book and hope to some day get a chance to read it.  Wikipedia has a summary of the ten “flatteners” that Friedman sees as leveling the global playing field: