On this episode of ‘Masters of Scale,’ Linda Rottenberg talks about how the best ideas originate in the shower, but too often they never escape the bathroom.

“Honey, you have to stop chasing money because money runs really fast. You should go do the right thing. It will chase you.” – Tariq Farid’s (Edible Arrangment’s CEO) mom

Blake Mycoskie started and sold four businesses before age 30. But only in Argentina did he discover the idea he’d want to pursue long term. After seeing a shoe drive for children, he came up with TOMS — part shoe business, part philanthropy.

“People tend to think that they need a process for everything, and once in a while you hear ‘We’re going to dummy-proof it.’ But if you dummy-proof the process, you only get dummies to work there,'” Hastings says. “That’s why we’re so opposed to that and focused on giving people great freedom. They’ll make mistakes, of course, but you’ll get a lot of great ideas.” – Reed Hastings (Netflix founder)

The Year Without Pants (Scott Berkun)

“Realizing how critical the values he’d learned for WordPress were to the culture he wanted to continue at Automattic, he wrote a creed that would appear on official documents, including in my offer letter: I will never stop learning. I won’t just work on things that are assigned to me. I know there’s no such thing as a status quo. I will build our business sustainably through passionate and loyal customers. I will never pass up an opportunity to help out a colleague, and I’ll remember the days before I knew everything. I am more motivated by impact than money, and I know that Open Source is one of the most powerful ideas of our generation. I will communicate as much as possible, because it’s the oxygen of a distributed company. I am in a marathon, not a sprint, and no matter how far away the goal is, the only way to get there is by putting one foot in front of another every day. Given time, there is no problem that’s insurmountable.”

“If ever you wonder about why a family or a company is the way it is, always look up first. The culture in any organization is shaped every day by the behavior of the most powerful person in the room. If at your job, people yell at each other often, the reason it happens is that the most powerful person in the room lets it happen. He or she hired the person who’s yelling—and failed to interrupt that person or pull him or her aside for feedback about that behavior. If the powerful person did choose to act, it would stop, even if the choice had to be firing the offender. In every meeting in every organization around the world where bad behavior is happening, there is someone with the most power in the room who can do something about it. What that person does shapes the culture. If the most powerful person is silent, this signals passive acceptance of whatever is going on. And if that person speaks up to say, “Good idea,” or, “Thanks for asking a clarifying question,” everyone notices and will be more likely to do those things.”

“Teams create territories. This is a force for good since it helps people focus and feel pride. But it creates problems for projects that fall between teams. If you try to cover everything, the teams are unfocused, and if you cover too little, there’s no room for growth. But even if you carefully design teams, the turf needs to be conceptual, not territorial. Organizations become bureaucratic as soon as people define their job around a specific rule, or feature, rather than a goal.

For example, if you tell me my job is to cook the french fries, I will resist anything that threatens the existence of french fries, since when they go away, so does my job. But if you tell me my job is to make side dishes for customers, I’ll be open to changing from fries to onion rings or other side dishes, even ones we’ve yet to invent, since my identity isn’t tied to a particular side dish but instead to the role side dishes play. Bureaucracies form when people’s jobs are tied strictly to rules and procedures rather than the effect those things are supposed to have on the world.”

“Why is it that in a society with a Puritan heritage we have such completely ambivalent feelings about Work? We feel guilty, do we not, if not busy? But we feel somewhat soiled, on the other hand, if we sweat overmuch?

I can only suggest that we often indulge in made work, in false business, to keep from being bored. Or worse still we conceive the idea of working for money. The money becomes the object, the target, the end-all and be-all. Thus work, being important only as a means to that end, degenerates into boredom. Can we wonder then that we hate it so? Nothing could be further from true creativity.”

I recently attended a Dreamforce session titled “The 9 Principles of Innovation at Google” and wanted to share my notes.

There is no innovation department at Google. Kallayil shared an example where their algorithm was working with unintended consequences in that searches for “best ways to commit suicide” did in fact list what if felt the best results were.  A medical doctor at Google argued persuasively that although the algorithm may have decided to provide results, Google needed to intervene with human-powered result by providing the 800 number to the suicide prevention hotline.  If you now Google anything suicide-related you receive the 800 number for the suicide hotline as the top result. The day the change was made the volume of calls to the hotline went up by 9%.

Focus on the user and all else will follow.

Provided an example of implementing instant search which saves the user a few microseconds.  Executives knew receiving faster results would minimize the amount of time ads were displayed but they went ahead and implemented it because it made for a better user experience. Also mentioned that although each user is only saving a few microseconds, when you factor the billions of searches a year, it saves the world an immense amount of time at scale. Implementing instant search was also more costly to implement but again it was best for user experience and therefore implemented.

This is Larry Page’s mantra. If you want radical revolution at a scale, think of things as 10x and not 10%. Provided the example of Google Books. When Google’s mission was created to “organize the world’s information and make it universally accessible and useful” it wasn’t to just organize digital information. At the time when Google Books was created as a goal, most of the world’s information was primarily still analog.

Some organizations only ship products when they are polished or fully ready.  At Google, they believe they should develop a first prototype, get feedback, and then based on that feedback iterate to make it better.  Gmail is a perfect example as it was in beta for 3 years. Fast is better than slow. The first prototype of Google Glass was developed in 90 minutes

Give people freedom in their regular schedule, even when outside of the core job, and they will delight you with what they come up with quite often. They actually didn’t come up with the idea, they borrowed it with what some universities do. The way it works is you quickly build a prototype and you recruit others to help you with that idea inside of the company. Gmail, Google News, Google Alerts are all products that came out with the 20% rule.  A street view engineer was on vacation in Paris and was frustrated that the hotel he was staying at wasn’t visible because it was down a narrow alley so he created a trike with the camera mounted to it so he could capture the images.  You can now see parts of the Galapagos ocean in street view if you Google that as well.

Google admits they can’t hire all the “smart” people in the world. They believe if you open up your application to the world you can allow them to help you make their products even better.  A perfect example is Google Maps. They empower people to help them via Google Map Maker to update the maps because the world’s infrastructure is constantly changing each day.

There is no stigma attached to failure at Google. “There is a belief in the company that if you don’t fail often enough, you’re not trying hard enough.”  He says “failure is actually a badge of honor.” Since Larry Page has taken over he has shut down 72 products so they try many things and shut then shut that service down if it doesn’t end up working.

Have a mission that matters.

If you ask people at Google why they come into the work many will say that their work is helping to change humanity (the world). They are working to level the playing field for information retrieval. 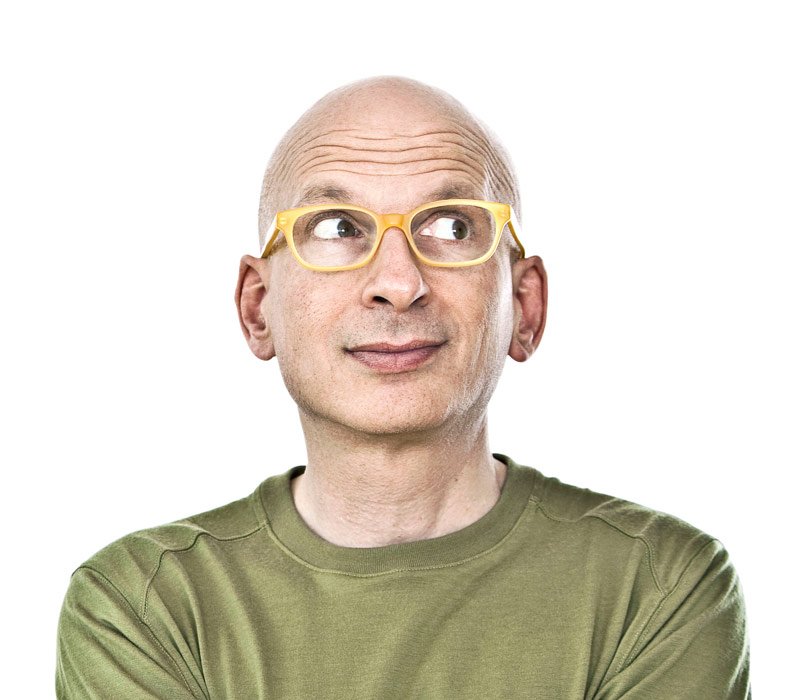 “Compliance is simple to measure, simple to test for and simple to teach.  Punish non-compliance, reward obedience and repeat.

Initiative is very difficult to teach to 28 students in a quiet classroom.  It’s difficult to brag about in a school board meeting.  And it’s a huge pain in the neck to do reliably.

Schools like teaching compliance.  They’re pretty good at it.

To top it off, until recently the customers of a school or training program (the companies that hire workers) were buying compliance by the bushel.  Initiative was a red flag, not an asset.

Of course, now that’s all changed.  The economy has rewritten the rules, and smart organizations seek out intelligent problem solvers.  Everything is different now.  Expect the part about how much easier it is to teach compliance.” 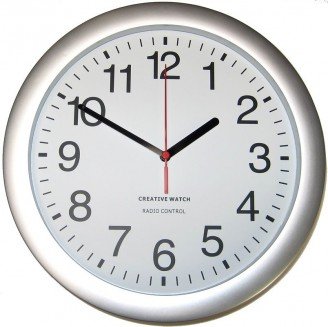 “When you charge by the hour, you and your client begin your relationship with diametrically opposed desires. You want to bill more hours, they want you to bill fewer hours. That is a sucky place to start a relationship”  – Jason Blumer, Pricing Strategices for Creatives (read more)

As long as the task involved used only a mechanical skill the bonuses worked as expected.  Higher pay = better performance.  That makes sense.

Once the task called for rudimentary cognitive skill the larger the reward led to poorer performance.

When a task gets more complicated, it requires some conceptual, creative thinking, those types of motivators don’t work.

Fact.  Money is a motivator.  If you don’t pay enough, people won’t be motivated.

3 factors lead to better performance & personal satisfaction…
– Autonomy (the desire to be self directed).
– Mastery (mastery is the urge to get better at stuff).
– Purpose. More and more organizations want a transcendent purpose.

Traditional notions of management run foul of this.  Management is great if you want compliance but if you want engagement, self-directed is better.

When the profit motive gets unmoored from the purpose motive, bad things happen.

Skype: Our goal is to be disruptive but in the cause of making the world a better place.

Steve Jobs: I want to put a ding in the universe.

We are purpose maximizers, not profit maximizers.  We care about mastery very deeply and we want to be self-directed.