This is a story about a dog who was born on Christmas Eve, 2002.  He was born with 3 legs – 2 healthy hind legs and 1 abnormal front leg which needed to be amputated.  He of course could not walk when he was born.  Even his mother did not want him.  He was rejected and scorned. 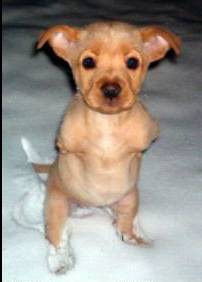 His first owner also did not think that he could survive.  Therefore , he was thinking of putting him to sleep.  At this time , his present owner Jude Stringfellow came into his life and wanted to take care of him.   She was determined to teach and train this dog to walk by  him self.  She thought , all we need is a little faith.  Therefore she named him ‘Faith.’ 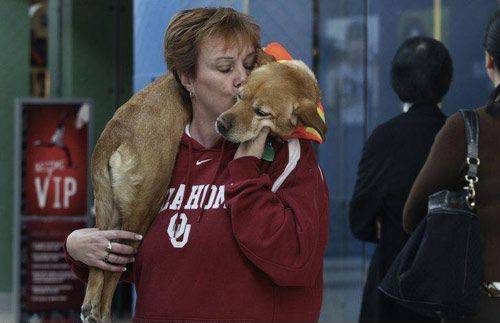 In the beginning , she put Faith on a surf board to let him feel the movements of the water.  Later she used peanut butter on a spoon as a lure and to reward  him for standing up and jumping around.  Even the other dogs at home helped to encourage him to walk.  Amazingly , after only 6 months , like a  miracle , Faith learned to balance on his 2 hind legs and jumped to move  forward.  After further training in the snow , he can now walk like a  human being. 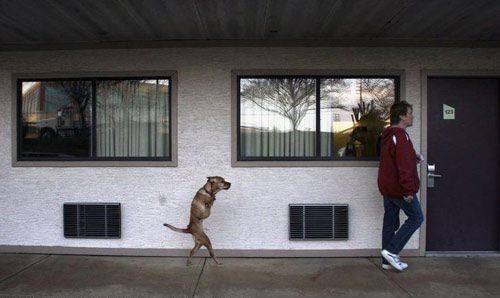 Faith loves to walk around now.   No matter where he goes , he just  attracts all the people around him.  He is now becoming famous on the  international scene.  He has appeared in various newspapers and TV  shows.  There is even one book entitled ‘With a little faith’  being published about him.   He was even considered to appear in one of  Harry Potter movies. 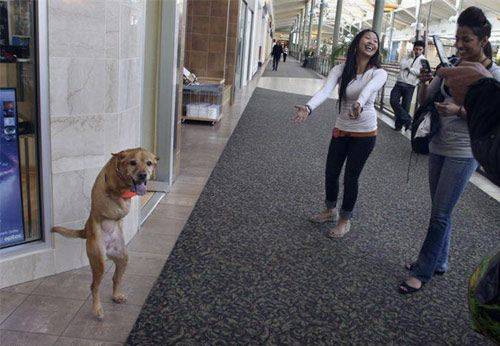 His present owner Jude Stringfellow has given up her teaching job and plans to take him around the world to preach, ‘that even without a perfect body,  one can have a perfect soul.’ 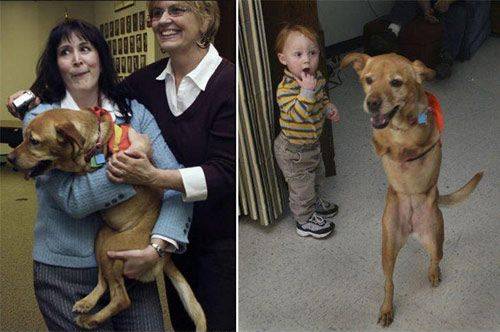 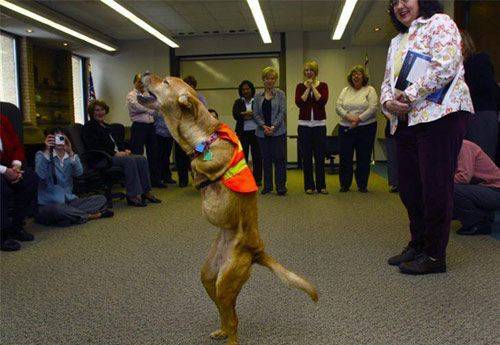 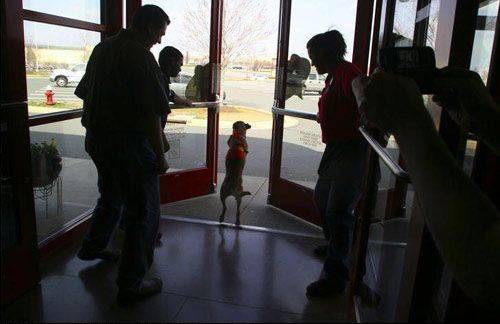 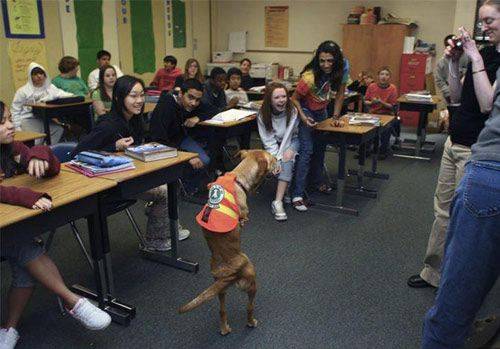 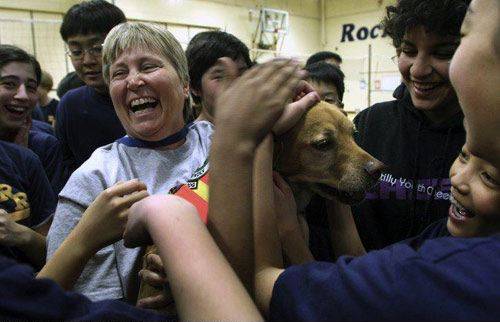 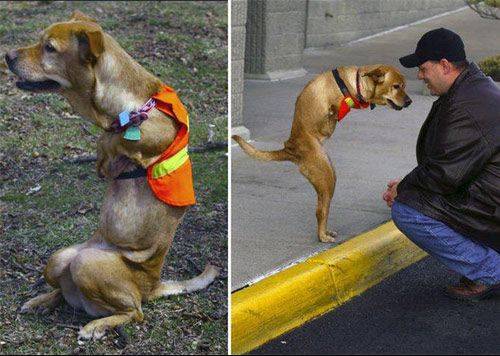 In life there are always undesirable things.  Perhaps a person who feels things are not going as well as they could will feel better if they change their point of view and see things from  another perspective.  Perhaps this message will bring fresh new ways of thinking to everyone.   Perhaps everyone can appreciate and be thankful for each beautiful day that follows.  Life is the continual demonstration of the power of thinking positive and having faith.  Believe in yourself.  Never lose faith.

One thought on “Faith The Dog”