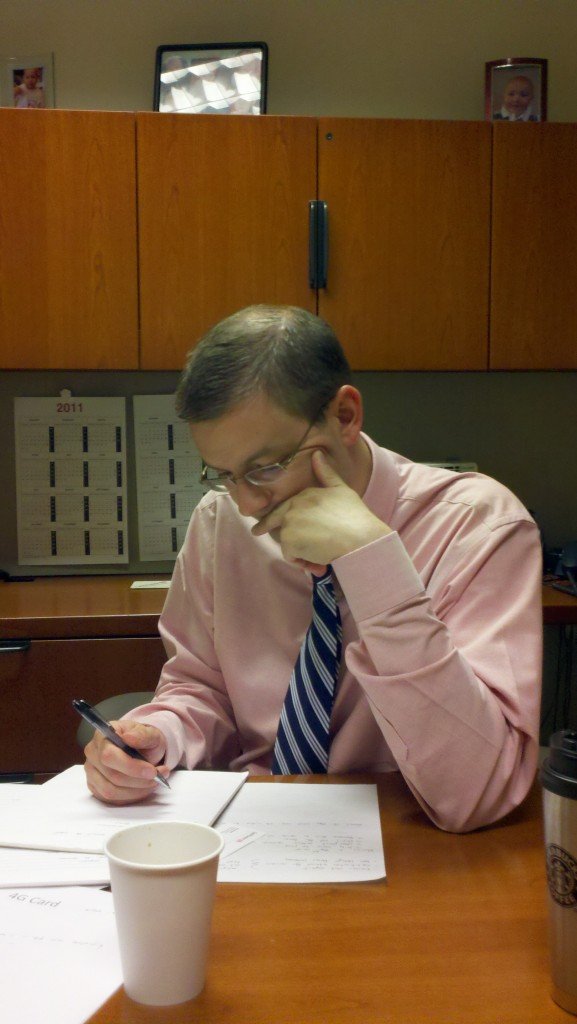 I changed the header images on the site a few weeks ago which included a more professional picture of me.  I wanted to give you some background on it.  At work I was talking to Brian about a new project which we thought may require employee avatars.  I showed him my avatar on LinkedIn and Twitter and he said something like “yeah you like that picture, you’ve had that for a long time now” so I said OK well then let’s change it and gave him my camera phone.  I was actually joking around when taking the pictures but they turned out half decent (to my surprise) so I decided to use them.  The photo below was my Jerry McGuire pose.  I was probably saying something like “show me the money” or something absurd but he said my hand was covering my face so it didn’t work very well.  All work and no play makes Jeremy a dull boy.  So next time someone says you need a change, try something different and have some fun.  It also helps if you are a camera ham.  So there is the story behind the new picture in case you were (yeah I know you probably weren’t) wondering. 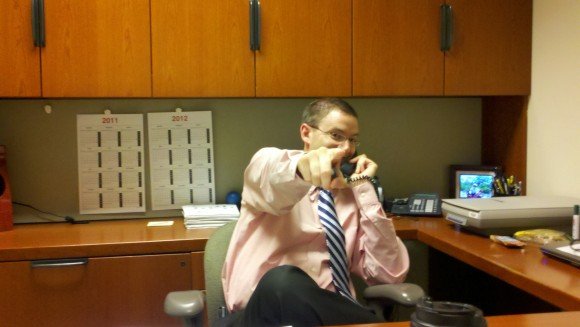