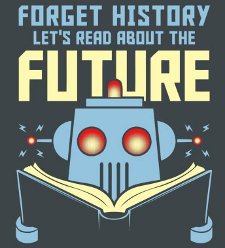 At one point or another, most of us have to work.  Some volunteer their labor, but most of us are working for our wages.  I might have blogged about this in the past, but when I was in kindergarten, I rode the school bus to and from school like most kids.  I remember sitting on the bus one morning going to school thinking, “wow, this is incredibly monotonous.”  OK, I might not have known the word monotonous at six, but I remember thinking another twelve years of school seemed like forever.  I’ve never really liked monotony, I don’t think many people do, but for some reason I seem to be particularly sensitive to it.  Once I have done something, I don’t tend to want to do it too many other times. I seem to be pretty good at looking at patterns and making connections based on what I observe, more so than most, I think. Maybe that is why at six I already saw the road ahead of me. My son Tyler is the same way from what I’ve been able to see so far. We were working on a Batman activity book one time which had a bunch of batman characters every few pages and the goal was to spot which picture of six didn’t match the others. He could spot the picture that didn’t match the others incredibly fast. I think it is how we are wired or something, it is odd but cool.

When Routines Are Bad 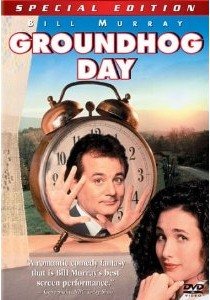 IMDB summarizes the movie Groundhog Day by stating the main character played by Bill Murray goes through life as a weatherman who is “reluctantly sent to cover a story about a weather forecasting “rat” (as he calls it). This is his fourth year on the story, and he makes no effort to hide his frustration. On awaking the ‘following’ day he discovers that it’s Groundhog Day again, and again, and again. First he uses this to his advantage, then comes the realization that he is doomed to spend the rest of eternity in the same place, seeing the same people do the same thing EVERY day.”

In life a lot of us are living like Bill Murray, we’re living each day like the previous, and we’ve become masters of our environments, so we can almost predict what will happen before it happens.  This is when life starts getting monotonous, and to some demotivating.

When Routines Are Good

Routine can be a good thing and I think Flannery O’Connor said it best in The Habit of Being, letter to “A” by saying “If you do the same thing every day at the same time for the same length of time, you’ll save yourself from many a sink. Routine is a condition of survival.”  We’ve become adapt at minimizing risk and the unknown to make us more successful, or so it would seem. I have all sorts of habits like putting things in the same place, parking my car in the same place, learning what makes people happy and repeating it, avoiding repeatedly what makes people angry. We all do this, many times without even thinking about it. 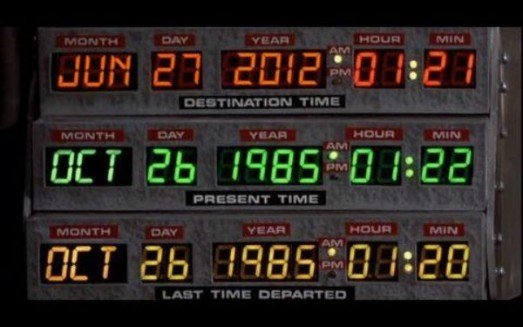 Here is where the topic is going to get even more interesting.  In the future of work, I am seeing incredibly efficient processes as compared to what we have today.

A Day in the Life of a Kiva Robot

I’ve become obsessed with robotics recently. Everywhere I look, I see human jobs being replaced by robots. I won’t weigh in on whether it is a good thing or a bad thing that robots are “taking” human jobs, my only thought on it is “like it or not…it is inevitable…and often times fascinating.” Kiosks, phones, robots, manufacturing, 3D printing, and more are all of the ways humans are getting squeezed out by more efficient, less costly, and non-unionized robotic work forces. Each generation seems to face new innovations and with change comes the need to evolve or get passed over. In the future of work, creative people willing to adjust quickly will rule.

I’ve started noticing people are trying to get creative work over the “grunt work.” Here’s the odd thing though, thanks to all of our more “efficient” processes, the grunt work is going away as well. Work as we know it is quickly changing.  It is at times more difficult to be creative when templates, systems, standards or processes limit creative freedoms.

Killed by Tech via @equalman

I find the global economy fascinating, and I think we are only seeing the beginning of a distributed economy. Technology is changing nearly everything.  In the future, and arguably to some extent today, if you want a job done you can outsource that task to the masses on the Internet. Instead of competing with people in your geographic area for that project, we are now all competing with one another in the future. Reputation and keeping your skills up will be even more critical than they are today.

What do you think?  How will we be working, or not working, in the future?  Let me know in the comments.