We had a new baby girl who has been fun to watch get bigger every day.  So far, she is averaging a little over an ounce a day, if you can believe that.  She is 89 percentile for height, so I already have big basketball plans for her, I can’t lie.  I thought I would do a blog post to get anyone who has been “following along” over the years what I’ve been up to since our life has changed quite a bit over the last month and a half.  Because I haven’t been updating this site as often as I have in the past, I wanted to get a new post out and do something I haven’t done before.  I want to flood you with some thoughts and what has been going on since you last heard from me.  Hope everyone has a great holiday break to enjoy the fun things in life.  The order of this post might seem a little disorganized, but such is life.

If you haven’t heard of Spotify, you might want to check it out.  I used to buy my MP3s from Amazon.com and when Spotify came out maybe a year or so ago I decided the $9.99 per month was about what I was paying for music already.  I now stream all my music, and for the most part, Spotify has what I need.  I know they don’t pay the artists a decent rate, but I don’t have a ton of options at this point to help musicians.  If you have ideas, I’m “all ears”.  Spotify is really light on Def Leppard, though, so I’m still trying to get over that.  Def Leppard makes Jeremy happy, happy, happy (Duck Dynasty moment there).

I was very fortunate to get Beats headphones for Christmas from my parents last year.  I love listening to music.  Whether I am working, driving, or yes posting this blog post, I am listening to music.  I never really owned a good set of headphones before getting the Beats headphones, and I have been loving them.  I know you audiophiles out there might have your own preference, and all I know is I love the audio quality. 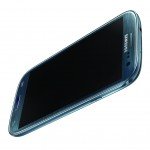 My first smartphone was the first generation iPhone.  2 years ago, I decided to switch to a Droid X.  I rooted that phone after 6 months and put several ROMs on it.  After about a year, I found no matter what I did, the hardware just wasn’t fast enough to support the OS.  I recently got a new Samsung Galaxy S III and I have to say it is the best phone I have owned so far.  I don’t think there is a single thing it isn’t able to do so far, and it is lightning fast.  If you are in the market for a new phone, I can’t say enough about the S III.  I am absolutely in love with it.

I take a ton of pictures.  Ever since my first digital camera back when a 1 MP camera was top of the line I have been documenting my life whenever possible.  I think I’ve had 4 digital cameras now and with Elizabeth coming into the world my lovely wife let me get a Nikon D5100 which I have been loving.  I got it reconditioned on NewEgg.com to help save some money.  I am cheap, or as my grandma says, “you aren’t cheap…you are frugal”.  I’m still learning how to use it, I’m not a great photographer, but I love learning.

Anyone who knows me knows that over the last 5 years I have become and open-source advocate.  I use open source whenever possible and do whatever I can to help support and advocate for its use.  I had been using Ubuntu for the last 3 or 4 years as my primary OS at home.  I loved Ubuntu, it yes was extremely frustrating at first, but man it is powerful and wonderfully fantastic once I understood how to get the hang of it.  There were many instances where I would get frustrated with the OS and load Windows back onto my primary partition to only hours later say “what the heck Microsoft…really?!?” to then revert to Ubuntu.  Interestingly, although I have been a huge Ubuntu supporter and advocate over the years, I did find huge issues with the most recent distributions.  I started hearing about Linux Mint and when my last hard drive failed me, I decided to give it a try.  Linux Mint rocks, just rocks.  It is by far the most stable OS I have ever used, and yes, I use a Mac at work.  I don’t have many bad things to say about my MacBook, but at home, I will always opt for open source over proprietary any day.

If you have tried other Linux releases, you will love Linux Mint.  Wow, is it stable, fast, and awesome.  I used the Cinnamon version for those who really want to get in the weeds with the topic.  Don’t get intimidated by Linux, try it on a spare PC.  I can attest to the fact it takes time to learn but once you try it, no really try it, you will absolutely love it.  It also helps if you believe in the open source movement and want to do everything you can to support it.  If I can help you get to Linux as your primary OS, I will do whatever I can.

When my last primary hard drive failed (see above) I decided to finally get a SSD for the “green beast”.  All I can say is I don’t know why I hesitated for so many years.  Mechanical drive failures plagued me, and I can’t tell you how many times I’ve had to reinstall my OS as a result of a drive failure.  I find Seagate drives tend to be rock solid thus far, and if you ever think of getting an IBM Deskstar drive, please talk to me first.  There is a reason those drives are called “Death Star” drives on the forums.   Get a SSD drive now, it is fast, stable, and wow I can’t believe I waited so long.

My in-laws were kind enough to buy me a AeroPress Coffee and Espresso Maker from my Amazon wish list for a birthday present.  I learned about the AeroPress from my hero Tim Ferriss via his latest book The Four Hour Chef.  If you love coffee, you will absolutely love the AeroPress.  At the time of writing, the product has 4 and 1/2 stars after 1,456 reviews to give you an idea how great it is.  The maker is also only ~$26 and dollar for dollar, pound for pound, I have not had a better cup of coffee than what the AeroPress can produce.  It really is that good, and wow does it get the flavor out of the coffee if you know what you are doing.  I will do a blog post on how I make my coffee because yes, I am a coffee fanatic.  My favorite beans right now are from Four Barrel Coffee.  If you have a recommendation of a great coffee, please let me know.

I like wine every now and then and my current “dollar for dollar, pound for pound” (it is my new saying) is The Naked Grape.  Wine is a tough thing to talk about because everyone has a different preference.  For me, without going to something at least twice as expensive, I can’t get a well-rounded wine for the price like I can with The Naked Grape.  For beer, I have always loved Arrogant Bastard.   For IPA, I go Lagunitas IPA or  Tower IPA.

I have never been into running.  I have always liked the thought of running, but when it came to actually doing it, I have always fallen short.  I would start out running a night or two, struggle, get really sore, and stop.  About two months ago, I got my cholesterol results back.  The nurse who gave me the results asked me if I had kids, to which she replied, “well if you want to see your grandkids, you have to do something about this”.  I have always had high cholesterol, it is hereditary, most of my family does, but for some reason I decided to not just blame my hereditary this time.  I work in an office environment, I don’t eat as well as I should, and I have a family history of high cholesterol.  A recipe for disaster, or as the nurse basically put it…death.  When I came back from receiving my results I was very motivated and as anyone who knows me knows, when I get motivated or passionate about something, I get VERY motivated.  That day, the team and I walked down to get a sandwich, and we talked about what everyone does to try and stay healthy.  A few weeks later, Brian emailed about a 5k Shamrock Run in March.  I liked that idea because it would be something I thought I could do.  Knowing I would be held accountable to an attainable goal in March was exactly what I needed.

I learned a phrase the other day which says something like “when the student is ready, the teacher will appear”.  I think the teacher became those around me, and I was a student because unlike previous attempts, I was ready for a lifelong change.  Anthony also told me about Nike + which is a fantastic little app that tracks my runs and has some nice gamification components to encourage me along the way.