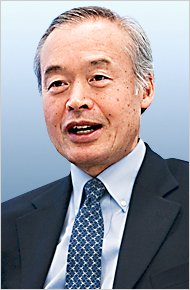 Q. How did you first learn to become a manager?

A. I think the most difficult transition for anybody from being a worker bee to a manager is this issue of delegation. What do you give up? How can you have the team do what you would do yourself without you doing it? If you’re a true micromanager and you basically stand over everybody and guide their hands to do everything, you don’t have enough hours in the day to do what the whole team needs to do.  Learning how to delegate, learning how to let go and still make sure that everything happened, was a very important lesson in my first role in management. And that’s where I learned a principle that I apply today — I don’t micromanage, but I have microinterest. I do know the details. I do care about the details. I feel like I have intimate knowledge of what’s going on, but I don’t tell people what to do.

Q. Talk about how you hire.

A. You have to have people in an organization who are willing to truly embrace change, because if they don’t, then what you have is an organization that’s constantly fighting to stay at the status quo. And, of course, that leads to stagnation. It’s also an unsustainable model.  I’ve made an observation about people. There are people who have moved. Take somebody who’s a child of an Army officer — they will have moved 10 times in their lives. And then there are people who’ve been born and raised and educated and employed in one town their whole lives. Who do you think is willing to change? I think, in this modern world, you really have to be sure that your work force has the experience of being elsewhere. That experience then has the ability to ensure that you will be comfortable with change.  The biggest problems I see in a group of people who don’t embrace change is that they will always fight anything new, any new idea, any new concept, any outside point of view. And, of course, there are many examples of companies that have failed because of that. So I think that’s a critical point. Almost all of the people on our staff have traveled all around the world, have lived everywhere.

Q. What else are you looking for when you hire?

A. Native intelligence is critically important. I don’t think you can train people to be more intelligent.

Q. How do you test for that?

A. I really try to understand people, what their values are. So it’s usually quite an unstructured interview — where they come from, their family members. And then I try to understand how they deal with difficult interpersonal issues.

A. Intelligence is often more displayed in what I would call complex abstract thinking, and there’s nothing more complex and abstract than human relationships. And if they can work their way through a human relationship problem intelligently, my guess is that they’re very smart people. Not that they can’t add and subtract six-figure numbers multiplied by whatever, but that they can take a complex problem, break it down into its pieces and figure out the best way forward.  I also look for people who’ve moved. Did you move when you were a kid? When you went from one high school to another, what was it like? How did you deal with it? This kind of thing is often very informative about how people have had to deal with crisis, different circumstances and how they’ve had to adapt or change.

Q. What is your best career advice for young people?

A. I think one of the hardest things to do is to figure out what your North Star is. What is it that you really are interested in? This helps you to weigh one option versus another. And then keep your eyes and ears open.  Be open to new challenges. I don’t think anyone should do one job for too long a time. I think every five to eight years you should be willing to take on some different challenges. It’s so easy to get stale. Every time I’ve left a job, I was loving the job that I left. But I never regretted the next move that I made.

A. A second key lesson was from a doctor named Marcel Tuchman. He was the most compassionate person I have ever met in my life — I mean, full of human kindness. And every time he met somebody, you had the sense that he cared more about them than anything else in the world.  So what I learned from him is that when you actually are with somebody, you’ve got to make that person feel like nobody else in the world matters. I think that’s critical.  So, for example, I don’t have a mobile phone turned on because I’m talking to you. I don’t want the outside world to impinge on the conversation we’re having. I don’t carry a BlackBerry. I do my e-mails regularly, but I do it when I have the time on a computer. I don’t want to be sitting here thinking that I’ve got an e-mail message coming here and I’d better look at that while I’m talking to you. Every moment counts, and that moment is lost if you’re not in that moment 100 percent.