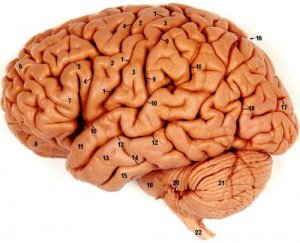 “In general, when we are unsure of ourselves, when the situation is unclear or ambiguous, when uncertainty reigns, we are most likely to look to and accept the actions of others as correct.” – Robert Cialdini

I just read about pluralistic ignorance which I found fascinating.  According to Wikipedia it is: “A situation where a majority of group members privately reject a norm, but assume (incorrectly) that most others accept it…It is, in Krech and Crutchfield’s words, the situation where ‘no one believes, but everyone thinks that everyone believes. “This, in turn, provides support for a norm that may be, in fact, disliked by most people.

Pluralistic ignorance can be contrasted with the false consensus effect. In pluralistic ignorance, people privately disdain but publicly support a norm (or a belief), while the false consensus effect causes people to wrongly assume that most people think like them, while in reality most people do not think like them (and express the disagreement openly).

For instance, pluralistic ignorance may lead a student to drink alcohol excessively because he/she believess that everyone else does that, while in reality everyone else also wish they could avoid binge drinking, but no one expresses that due to the fear of being ostracized. A false consensus for the same situation would mean that the student believes that most other people do not enjoy excessive drinking, while in fact most other people do enjoy that and openly express their opinion about it.”

I’m sure my workplace is like yours and if that is true, I see pluralistic ignorance on a daily basis.  How great would our society and the companies we work for (or run) be if we publically (not privately) rejected something we disagree with.  How great would it be if everyone realized everyone doesn’t think like us (note: I think I tend to suffer from the false consensus effect)?  Your way of thinking may not be popular but privately others may actually be in support of what you disdain.  Is the secret to take a stand and speak up?  I’m still learning…