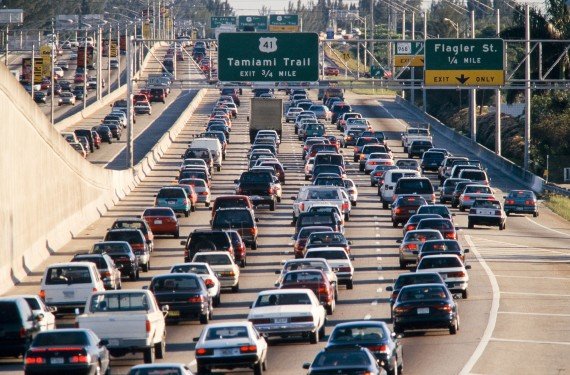 Have you ever had one of those days where things just weren’t working for you?  For some reason today is that day for me and I’m typing this to you from DFW Airport.  My morning started trying to find a Starbucks via Hertz’s Neverlost system but every time I tried to go to a Starbucks (there were several within miles), it would say “you have arrived” and there wasn’t a Starbucks I could see anywhere in sight.

After 15 minutes driving around for coffee I said “this is rediculous” and decided to head to the airport which was about 25 miles away.  By the time I hit Highway 121 traffic was crawling at 8am and long story short, by the time I got to the rental car agency I knew I wasn’t going to make it but for some reason I kept rushing.  I got on the rental car shuttle and about half way to the airport realized I still had my sunglasses on and had left my eyeglasses in the rental car.  Fantastic, OK so I can’t find coffee, I”m missing my flight, and I left my eyeglasses behind.  “This is the start of  a fantastic day” I said.

I got to the airport and sure enough I was too late to check in so I’m on stand-by for a flight at noon today.  Evidently that flight is completely booked so we’ll see if I even get on that (my luggage will).  I went back toward the car rental shuttle area to go back to the rental car center to see if I could recover my eyeglasses.  The funny thing was I kept seeing everyone from the conference at the check in and even on the shuttle ride back.  I finally made it back to the rental car center and was directed to a million different locations before I was finally told to go “knock on the second door on the left”.  Evidently that second door was where the lost and found was.  After knocking a lady answered the door and I explained I had left my glasses so she got on her walkie talkie to locate the car.  Of course the person replied with “I have no car with that” meaning they couldn’t locate a car with that license plate number.

The nice lady then left the office and walked with me downstairs until we located the car in a stall.  Wouldn’t you know it, the glasses were nowhere in sight.  She got back on her walkie talkie and it was confirmed that nobody has turned anything in.  Regardless we went back upstairs to check the office at the return area and in office #1 nothing.  Upon going into office #2 she did a quick look around and was about to say “nope nothing here either” before I snuck my head in and saw my glass case sitting on the counter.  I have never been so happy to see my glasses, I thought I’d be wearing sunglasses all day until I could get to an optometrist tomorrow.  I thanked the lady profusely and returned to the airport.

I’ve never missed a flight before so this is a new experience, a new adventure.  Wish me luck…long story short and lesson learned is to not rush and if you have to rush, keep asking yourself “am I missing anything”?

** Update – Didn’t get on the first flight via stand-by so I am now confirmed on a flight getting in @ 6:50pm.