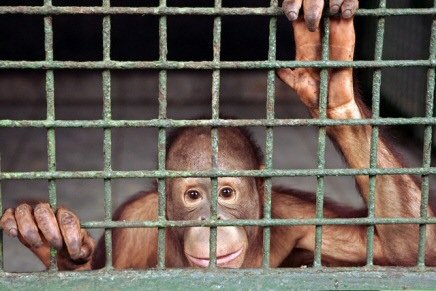 I’m going to give you a scenario and by doing, so I’m hoping to prove a point.  Let’s say everyone in the world has to go to prison even though they haven’t committed a crime.  Let’s also say there are only three prisons which are an Apple prison, a Windows prison, and a Linux prison, and you get to choose which one you are going to spend the rest of your life in.

You are told and many believe the Apple prison is great, fantastic, wonderful, insanely awesome, remarkable, cool, and many other adjectives in the presentation you see from its warden Steve Jobs.  The marketing campaigns for the prison are artistic and sexy with lots of marketing dollars behind them.  Because everything is so sexy and perfect it costs lots of money to get into it.  The prison itself is beautiful, and much of it is made of brushed metal.  All the doors and cabinets don’t have knobs because its leader hates buttons and knobs.  At this prison you are served fancy foods and everyone and everything is beautiful.  It is ruled by one man who says you do things one way – his way because he is the best and nobody can be better than him (although the guy is a freaking rock star).  The televisions can only display half the television programs because its warden doesn’t want to use a certain technology called Flash.  The inmates for some reason love being dictated to and controlled because everything in the prison “just works” so they never try and leave.

The Windows prison is nice but not as beautiful as the Apple prison, but it costs less to get in.  The warden of this prison, Steve Ballmer, likes to yell a lot but all in all, seems like a guy you would have liked to have hung out with in college.  The inmates of the prison are very compatible with one another, and much of their time is spent developing their own rules.  The rules work great as long as you don’t mind following rules created within your own prison, although you hear the other prisons have some better amenities, but you don’t care because your rules have support.  Lots of people in this prison seem to still have AOL email accounts, and many worked for very large companies prior to arriving at the prison.  The prison sometimes has really large earthquakes which crashes everything.  Because of the earthquakes, you have to constantly keep rebuilding the entire prison all over again, which they call the blue earthquake of death.  The latest builds of the prison take less time to rebuild and crash less often.  The prison is fun because it allows you to play lots of video games.

The Linux prison barely has anyone occupying it, but everyone has keys to the front gates and every room to do whatever they wanted (heck, they could leave). Everything in the prison is completely free.  Sometimes the inmates of the prison don’t have something they need, but they have the tools necessary to build it themselves.  Everyone occupying the prison can’t understand why anyone would ever leave, and the inmates are in complete control of themselves, which can sometimes be a bad thing because there aren’t many laws or much support if an outbreak/riot occurs.  If you get hurt and need to repair yourself, there aren’t a lot of people to help you, but you can get lots of help online.  Although the Linux prison sometimes lacks control it does try to make rules for all prisons, but because most people are satisfied with their own prisons they don’t care much about the more open rules from this prison.  Earthquakes occur, but the prison hasn’t crashed in years, so there isn’t much thought given to ever worrying about rebuilding.  Everyone in the prison is a genius because everyone who runs Linux is a genius, and that is just how it works.  I was doing good until that last point, wasn’t I?

Why Not Free Your Inner Monkey (or Orangutan)?

My guess is because some don’t like to troubleshoot and fix things.  Some just want their world to “just work” and I think there is something to be said for that, but I can’t understand why you would sacrifice your freedom because of it.  Others like compatibility and the familiarity with their existing operating system because they use it at work or because it is compatible with so many things.  Gaming on a PC is fun too, so I get that as well.  Are there some gaping holes and things I haven’t included in my arguments?  Yeah absolutely, it is a complex subject, and I’m trying to simplify it, not to mention make it semi entertaining (and attempt to start a conversation).  The most interesting thing about it?  You might be a person who sits in a prison and does nothing and says nothing all day.  Whatever prison you’re in, say something, do something, and be something!  People (and orangutans/animals) were meant to live free, so why are so many of us living in prisons and happy about it?  Live free and live open, and never forget sharing is caring.  Oh, and Mr. Orangutan here says open-source rules and you like orangutans, right? 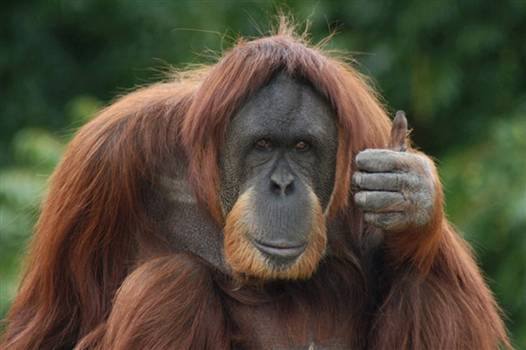