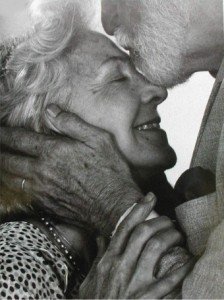 Reading some news feeds this morning and found this article interesting about true love.

“SCIENTISTS have discovered true love. Brain scans have proved that a small number of couples can respond with as much passion after 20 years as most people exhibit only in the first flush of love.

The findings overturn the conventional view that love and sexual desire peak at the start of a relationship and then decline as the years pass.

A team from Stony Brook University in New York scanned the brains of couples who had been together for 20 years and compared them with those of new lovers. They found that about one in 10 of the mature couples exhibited the same chemical reactions when shown photographs of their loved ones as people commonly do in the early stages of a relationship.

Previous research suggested that the first stages of romantic love, a rollercoaster ride of mood swings and obsessions that psychologists call limerence, start to fade within 15 months. After 10 years the chemical tide has ebbed away.

The scans of some of the long-term couples, however, revealed that elements of limerence mature, enabling them to enjoy what a new report calls “intensive companionship and sexual liveliness”.

The researchers nicknamed the couples “swans” because they have similar mental “love maps” to animals that mate for life such as swans, voles and grey foxes.

The reactions of the swans to pictures of their beloved were identified on MRI brain scans as a burst of pleasure-producing dopamine more commonly seen in couples who are gripped in the first flush of lust.

“The findings go against the traditional view of romance – that it drops off sharply in the first decade – but we are sure it’s real,” said Arthur Aron, a psychologist at Stony Brook.

Previous research had laid out the “fracture points” in relationships as 12-15 months, three years and the infamous seven-year itch.

Aron said when he first interviewed people claiming they were still in love after an average of 21 years he thought they were fooling themselves: “But this is what the brain scans tell us and people can’t fake that.”

One pair of Aron’s swans are Billy and Michelle Jordon who, 18 years after they met, still make their friends envious. The couple, who live in Newport Beach, California, hold hands all the time. “It comes very naturally,” said Michelle, 59.

Lisa Baber, 40, and her husband David, 46, from Bristol, say they still feel the same frisson as when they got together 17 years ago.

“He was crazy and so exciting, he whisked me off my feet,” said Lisa. “That excitement is very much alive. We make sure our lives are always changing.”

Other couples who have kept their passion include Tony and Cherie Blair and Michael and Shakira Caine. Michael Howard, the former Tory leader, and his wife Sandra have been together for more than 30 years.

Aron said he and his wife Elaine, both 64, have a strong relationship but were a little jealous of the swans. “Their relationships are intense and sexually active, too, without many of the downsides of first love,” he said last week.”