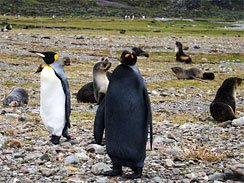 “How big is a zillion? It’s “an extremely large, indeterminate number,” according to Dictionary.com.   And how rare is an all-black penguin, rather than the black-and-white tuxedo-like colorings on most of the adorable, big, wabbly birds? It’s a one-in-a-zillion mutation, scientists say.”  >> Read full story 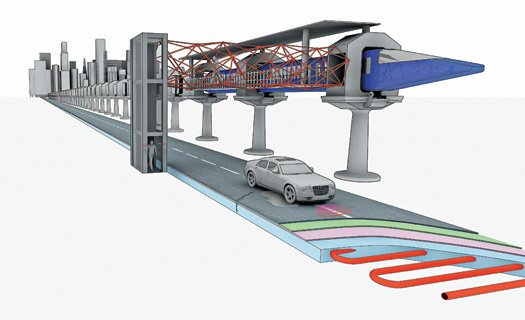 I was talking with Scott at lunch yesterday about our normal random things and somehow we got on the subject of America’s infrastructure.  I was telling him I recently read a great article from Popular Science about renovating America’s infrastructure and wanted to share with everyone as well.  The following is an excerpt: “Chicago road crews are scrambling to fill 67,000 potholes a month. Communities in Pennsylvania rely on 100-year-old water pipes made of wood. Squirrels still cause widespread blackouts. The country’s 600,000 bridges, four million miles of roads, and 30,000 wastewater plants desperately need attention. The solution isn’t patches, it’s an overhaul. Soon roads and power lines will fix themselves, and we’ll mine energy from sewage. America’s 21st-century tune-up won’t happen overnight, but we could start reaping the benefits (faster broadband! cleaner water!) within the next few years.”  >> Read the full article

If you haven’t heard about our Bay Area traffic nightmare, the Bay Bridge has been closed since Tuesday when a 5,000 pound steel beam decided to crash onto the upper deck. They are building a new bridge but it isn’t expected to be completed until 2013.  People are having to use BART (love BART) now and according to sfgate.com, records were broken on Thursday with 442,000 passengers, using the trains.

Friends Forever – An orangutan was in a rescue and not doing well.  This old hound wandered in absolutely emaciated and the orangutan snapped to like his buddy had arrived. He stayed with the hound night and day until he was well and in the whole scenario found a reason to live.  Suryla and Roscoe are now inseparable.

A former co-worker posted the above video about healthcare on Facebook which brought up some discussions I have been having with people.  Lots of people have been saying Canada’s healthcare is lacking and according the the video above that seems to be the case.  I think we instantly look to Canada’s healthcare because it is the closest socialized medicine nation to what we could compare ourselves with (besides they are our friendly neighbors to the north).  Any time someone has talked about Canada’s healthcare I point them to the list of life expectancy by country on Wikipedia.  The US is #50 and Canada is #8 (see below).  Obviously healthcare can’t be the only contributing factor but what other factors can you think of?

She (my former co-worker) pointed to health statistics on BMI which was smart, I never would have thought to do that.  As you will see below, America is an overweight nation.  The US is #1 and Canada is #11 but I don’t think there is too much of a correlation to show that correlation equals causation (my sociology professor would be so proud) here which is exactly my point.  If our healthcare is so great, and our BMI levels not that far off from other nations with much better life expectancy, why are we #50?

I’m sending this to a Canadian counterpart to get his take on healthcare as well.  I mean afterall “Canadians strongly support the health system’s public rather than for-profit private basis, and a 2009 poll by Nanos Research found 86.2% of Canadians surveyed supported or strongly supported “public solutions to make our public health care stronger.”[4][5]

A 2009 Harris/Decima poll found 82% of Canadians preferred their healthcare system to the one in the United States, more than ten times as many as the 8% stating a preference for a US-style health care system for Canada[6] while a Strategic Counsel survey in 2008 found 91% of Canadians preferring their healthcare system to that of the U.S.[7][8]. In the same poll, when asked “overall the Canadian health care system was performing very well, fairly well, not very well or not at all?” 70% of Canadians rated their system as working either “well” or “very well” [9] A 2003 Gallup poll found only 25% of Americans are either “very” or “somewhat” satisfied with “the availability of affordable healthcare in the nation,” versus 50% of those in the UK and 57% of Canadians. Those “very dissatisfied” made up 44% of Americans, 25% of respondents of Britons, and 17% of Canadians[10]

In November 2004, Canadians voted Tommy Douglas, Canada’s ‘father of Medicare'”) the Greatest Canadian of all time following a nationwide contest.[11][12]

I want to open the conversation up to you.  What other data can we look at to show why the US would have a lower life expectancy than our neighbors to the north if not obesity, or healthcare?  If you send data, please site your sources for everyone to benefit from.  Thank you! 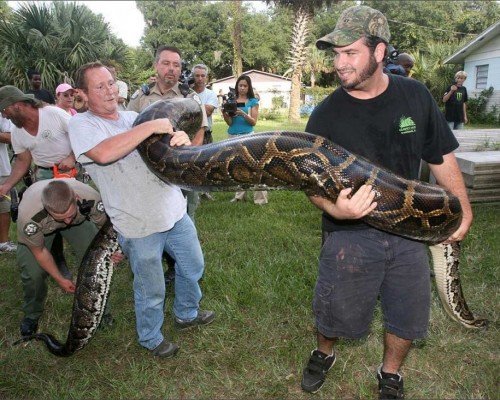 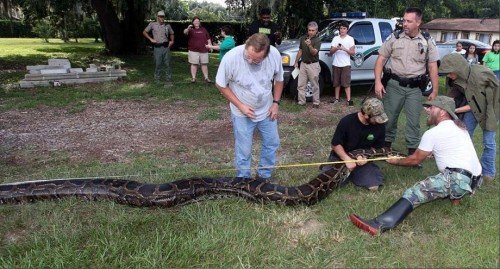 Hi everyone, it looks like this post is getting a ton of interest which is great.  I’m getting some good comments on the post and don’t forget to check out the rest of my posts while visiting (come back and visit me at jeremyperson.com).  I was looking at all of my snake postings and found I have quite a few so if you enjoy this one check these out.  @WilliamsJoseph tweeted this out and I thought it was pretty awesome.  Can you imagine running into this thing?

“A massive python named Deliah was moved by Florida wildlife officials to a temporary home after her chain-link cage near Apopka, Fla., was deemed unsuitable on Friday. The 16-year-old python measures 18 feet long and weighs 400 pounds.”  Source: http://news.aol.com/article/400-pound-python-delilah-seized-from

I just finished watching the President’s speech tonight and I liked it.  I think the first part was a little weak but toward the end it had some real substance.  I don’t know if it had much impact in student’s lives overall but I also don’t think it hurt anything either.  I loved the examples at the end regarding failure.  Everyone is going to stumble at one point in their life and you aren’t always going to be good at everything you try.  I think people give up on things too easily.  I had a preacher in Oregon who didn’t teach me much (sorry but you didn’t) but the one thing that did stick is every Sunday he would tell his congregation to “stick and stay and make it pay”.  What he meant by that is you are going to get your feelings hurt at one point or another but if you let others take you away from your true purpose you will lose out on learning and fellowship.

My article with sources at the bottom of the page: http://www.freedomworks.org/

My Notes from President Obama’s Speech:

Everyone has been super quiet in “commentland” these days, what did you think of the speech?

Nikola Tesla was an inventor and a mechanical and electrical engineer. He is best known for many revolutionary contributions in the field of electricity and magnetism in the late 19th and early 20th centuries. On his birthday last week Google dedicated a logo to honor his contribution to the world of science.  In reading through the article they linked to I liked a quote from Tesla about Thomas Edison:  “If Edison had to find a needle in a haystack, he would proceed with the diligence of a bee to examine straw after straw until he found [it]. I was a sorry witness to such doings … a little theory … would have saved him ninety percent of his labor”. 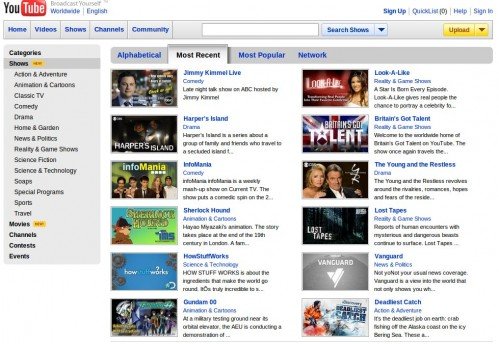 Did you see YouTube launched a “shows” channel?  I personally think they should rename it “TV Shows” since it doesn’t have Internet only shows such as Diggnation, Tekzilla, and other Revision3 shows to Jim Lauderback’s point.  No Revision3 shows = don’t need you and I’ll just go to Revision3.com and Hulu.com instead.