“Tonight I cried because it’s never the end. It won’t happen. We the human species are so intelligent and we do such astonishing things. We can fly to the moon but we still do stupid things,” Sturdy said. “So when I see the film tonight, I see it with a certain kind of sadness. Because what happened back then in 1940, it’s not the end.”

The person who risks nothing does nothing, has nothing, is nothing.
He may avoid suffering and sorrow, but he cannot learn, feel, change, grow
or love.

Chained by his certitudes, he is a slave.
He has forfeited his freedom.
Only a person who takes risks is free.”

“Do not let your fire go out, spark by irreplaceable spark,
in the hopeless swamps of the approximate,
the not-quite, the not-yet, the not-at-all.
Do not let the hero in your soul perish,
in lonely frustration for the life you deserved,
but have never been able to reach.
Check your road and the nature of your battle.
The world you desired can be won.
It exists, it is real, it is possible, it is yours.”

Blake Mycoskie started and sold four businesses before age 30. But only in Argentina did he discover the idea he’d want to pursue long term. After seeing a shoe drive for children, he came up with TOMS — part shoe business, part philanthropy.

“People tend to think that they need a process for everything, and once in a while you hear ‘We’re going to dummy-proof it.’ But if you dummy-proof the process, you only get dummies to work there,'” Hastings says. “That’s why we’re so opposed to that and focused on giving people great freedom. They’ll make mistakes, of course, but you’ll get a lot of great ideas.” – Reed Hastings (Netflix founder) 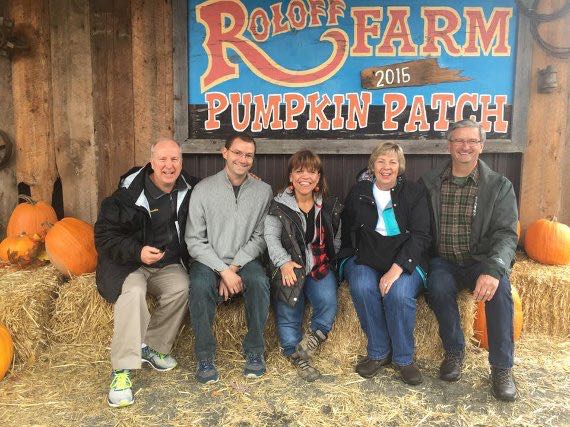 Who publishes their 2017 resolutions in May of 2017? Me of course. I’ve been busy, people! For my eighth new years resolution post, I decided to create another custom PHP page. Enjoy!

The Year Without Pants (Scott Berkun)

“Realizing how critical the values he’d learned for WordPress were to the culture he wanted to continue at Automattic, he wrote a creed that would appear on official documents, including in my offer letter: I will never stop learning. I won’t just work on things that are assigned to me. I know there’s no such thing as a status quo. I will build our business sustainably through passionate and loyal customers. I will never pass up an opportunity to help out a colleague, and I’ll remember the days before I knew everything. I am more motivated by impact than money, and I know that Open Source is one of the most powerful ideas of our generation. I will communicate as much as possible, because it’s the oxygen of a distributed company. I am in a marathon, not a sprint, and no matter how far away the goal is, the only way to get there is by putting one foot in front of another every day. Given time, there is no problem that’s insurmountable.”

“If ever you wonder about why a family or a company is the way it is, always look up first. The culture in any organization is shaped every day by the behavior of the most powerful person in the room. If at your job, people yell at each other often, the reason it happens is that the most powerful person in the room lets it happen. He or she hired the person who’s yelling—and failed to interrupt that person or pull him or her aside for feedback about that behavior. If the powerful person did choose to act, it would stop, even if the choice had to be firing the offender. In every meeting in every organization around the world where bad behavior is happening, there is someone with the most power in the room who can do something about it. What that person does shapes the culture. If the most powerful person is silent, this signals passive acceptance of whatever is going on. And if that person speaks up to say, “Good idea,” or, “Thanks for asking a clarifying question,” everyone notices and will be more likely to do those things.”

“Teams create territories. This is a force for good since it helps people focus and feel pride. But it creates problems for projects that fall between teams. If you try to cover everything, the teams are unfocused, and if you cover too little, there’s no room for growth. But even if you carefully design teams, the turf needs to be conceptual, not territorial. Organizations become bureaucratic as soon as people define their job around a specific rule, or feature, rather than a goal.

For example, if you tell me my job is to cook the french fries, I will resist anything that threatens the existence of french fries, since when they go away, so does my job. But if you tell me my job is to make side dishes for customers, I’ll be open to changing from fries to onion rings or other side dishes, even ones we’ve yet to invent, since my identity isn’t tied to a particular side dish but instead to the role side dishes play. Bureaucracies form when people’s jobs are tied strictly to rules and procedures rather than the effect those things are supposed to have on the world.”

“your life is your life
don’t let it be clubbed into dank submission.
be on the watch.
there are ways out.
there is light somewhere.
it may not be much light but
it beats the darkness.
be on the watch.
the gods will offer you chances.
know them.
take them.
you can’t beat death but
you can beat death in life, sometimes.
and the more often you learn to do it,
the more light there will be.
your life is your life.
know it while you have it.
you are marvelous
the gods wait to delight
in you.”

I decided to do something a little different for my seventh annual resolution article. I created a quick PHP page instead of a boring primarily text-based article. Hope you enjoy it as much as I did making it!